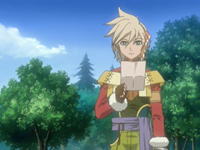 Julio
Julio is in charge of training the monsters in the circus. His dream is to someday become a professional monster breeder.
Featured Monster 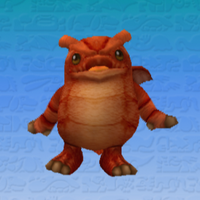 Draco Moch
The Draco Moch firmly believes it'll be able to fly someday like a Dragon. That's why it's always practicing. Do you think it'll really be able to fly?

Monster Rancher, known in Japan as Monster Farm, is a series of life simulation role-playing video games created by Tecmo (now Tecmo Koei). The series currently consists of fourteen games across different video game platforms, and future titles are planned. In addition, the series has been adapted into an anime.

Want your community included? See how!

Retrieved from "https://monster-rancher.fandom.com/wiki/Monster_Rancher_Wiki?oldid=52481"
Community content is available under CC-BY-SA unless otherwise noted.