Shrines are located all over Pangaea, and are used in almost every Monster Rancher game. Shrines are temples or ruins that used to be ancient laboratories where monsters could be sealed or unsealed in disc stones or tablets.

Some are disguised and hidden, but more recently, cities and towns have been built around shrines so that the unlocking process runs much more smoothly. Each city usually has a Shrine Master (such as Cesare in Monster Rancher 4), and occasionally several Shrine Maidens or workers who assist (such as Nayuta in Monster Rancher EVO).

#1) A palace-like shrine in the center of a lake in Episode 1 of the series, part of the Secai Ruins. This Shrine is also later seen in Episode 49 when Genki is re-unlocked.

#2) The Searchers use the Poannka city Shrine in Episode 2 to unlock a Spot Dino.

#3) The pyramid-like Tagi Temple Shrine in Episode 4 where the Searchers unlock a young Worm.

#4) The current Tochikan village Shrine is seen in flashback in Episode 8.

#5) A Shrine carved out of a rock formation where Monol is unlocked in Episode 12.

#6) The Electri-City Shrine where the scientists modify the Phoenix, seen in flashback in Episode 12.

#7) The village Asunaro has its own Shrine to unlock young Color Pandoras in Episode 28.

#8) A hidden temple shrine in the Kalaragi Rainforest seen in Episode 30, blocked by a tablet with hieroglyphics on it and filled with red discs to unlock Bossys.

#9) There is a golden, palace-like shrine in Brillia near the Jill's village where Big Blue and Pixie merge into Granity in Episode 47.

#10) The Searchers unlock Tiger in the Parthenon-like Colart city shrine in Episode 51.

#11) A golden pyramid Shrine is seen in Episode 59 when Allan unlocks his revived Worm in the Parepare Jungle.

#12) The massive Shrine of the Ancients in the Promiass Ruins where the Searchers unlock Holly's Father in Episode 62.

#13) The church-like Ryuwn city shrine that you use in Monster Rancher 1.

#16) The Shrine of Age; the Aspian city Shrine used in Monster Rancher Advance.

#17) In Monster Rancher Advance 2, you find the ruins of an ancient Shrine with bird-like symbols engraved on it in Malkt.

#18) The high-tech BOMBA Shrine can be seen in Monster Rancher DS.

#19) The cathedral-like Aurora city Shrine can be seen in Monster Rancher Battle Card. 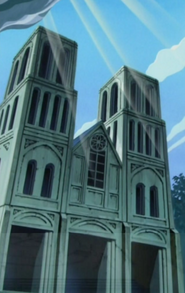 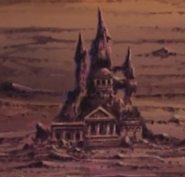 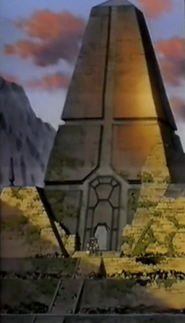 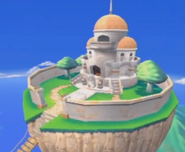 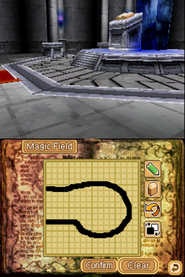 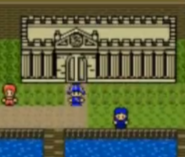 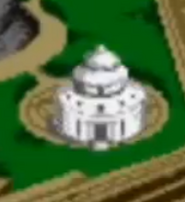